How do automotive transponder keys work? 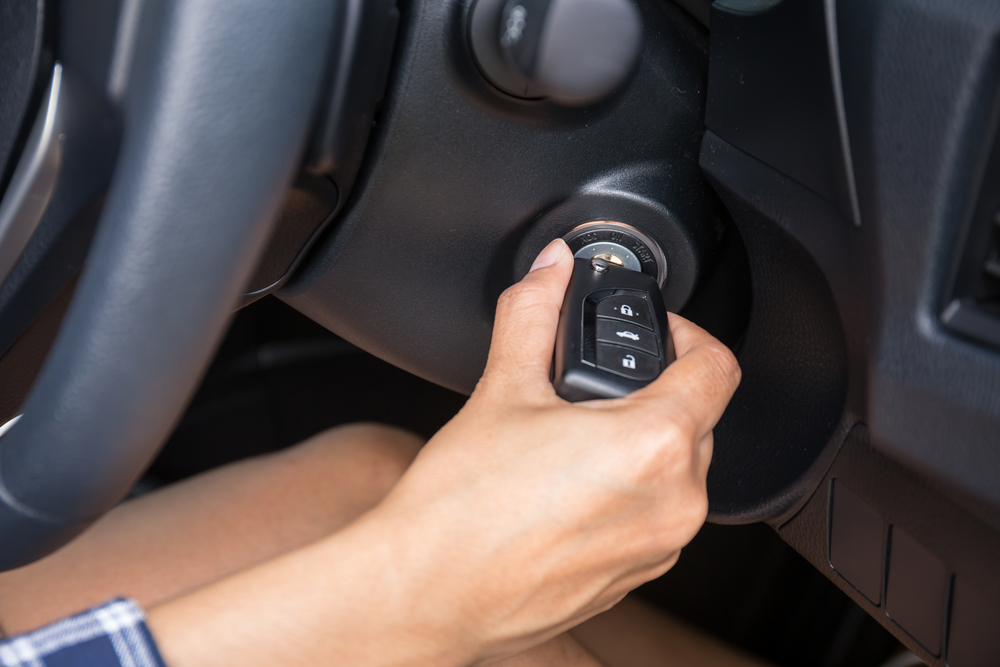 Transponder keys are a great convenience. The word is a portmanteau of the words transmitter and responder. It provides a two layer security system to ensure your cars safety and access.

But how does it actually work?

It’s a valid question. Out of curiosity or out of the need to know how it actually works, the process is quite interesting. The first part is to put the key into the ignition socket. This part is just like the regular lock and key process. The key itself aligns with the receiving components inside and a perfect match will allow it to be twisted.

The second part is where it makes the difference. Once the first part is completed, a signal is sent to the Engine Control Unit (ECU) of the car. This is done by an induction coil located near the ignition lock which is activated by twisting the key in the first step. The ECU responds by sending a signal back to the key. The key has a transponder chip embedded inside its plastic casing, which is not visible from outside. This electronic transponder chip receives the signal from the engine, and then responds a signal back. The ECU will only start the engine immobiliser if it receives that unique signal back from the transponder inside the key. That’s how a combination of key and electronic signal provides additional security for accessing and starting the engine of a car.

This transponder key system is a part of the car’s anti-theft system. This process has started since the beginning of the 90’s decade. It may apparently seem that this type of keys can’t be copied, but they can be done with specialised equipment. Just in case if the owner of the car loses the transponder key, a new one can be made.

Now-a-days there are even more sophisticated types of transponder keys which has additional security measures like a range of acceptable electrical resistance and encryption. The code is programmed into the chip in such a way that it can only be opened when the proper decryption key is matched.